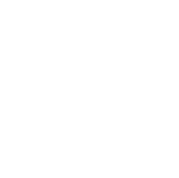 Most of Ibiza's climbing is found on the Cretaceous limestone sea cliffs along the island's north coast. These offer a variety of climbing styles, from vertical walls to steep caves and tufas. The north coast is also home to a small amount of conglomerate, such as that found at Es Pouding near Isla Blanca.

Other climbing areas include the big Quaternary limestone cliffs at Buda – the first Ibizan crags to be developed by climbers – and the short vertical walls of Jurassic limestone near Santa Eularia on the south coast.

The climbing involves a mixture of single- and multi-pitch routes, with everything from easily accessible top-roping crags to very adventurous sea cliffs with awkward access.

Left: Climbing on the picturesque inland crags at Egagropilas on the Cap de Rubio headland.

This attractive and easily accessible headland is located on the island's north coast, next to the popular resort of Port Sant Miguel. Although access problems have restricted climbing around the exclusive Hotel Hacienda, the headland holds some good, if rather adventurous,
sea cliffs.

The broad bay between the Cap de Balansat and Cap des Rubió is home to some excellent and very popular climbing, accessed from the small settlement of Isla Blanca.

The remote forested headland north of Sant Mateu is one of the wildest spots on Ibiza's northern coastline. It is home to two of the island's best spots for hard sport clibming, as well as the very popular crags of Egagropilas.

The prominent large headland between Santa Agnes and Sant Mateu is home to northern Ibiza's biggest crag - the very popular Torre de Lluc. There are also some adventurous outings to be had here, including the brilliant Stairway to Heaven at Cala Aubarca. For chilled-out inland cragging, don't miss the excellent crags of Cala Sardina.

The port of Sant Antoni is well known for its lively nightlife and large natural harbour. It is the second largest town on Ibiza, and has been described as 'the clubbing capital of the world', hosting many of the island's top dance venues. To the north, the west-facing coastline is home to a single climbing spot with some easily accessible and very worthwhile, if short, crag routes.

Set in the Natural Reserve of Cala d’Hort, in the southwest of the island, Buda is a place of adventure and mystery, where a few accessible sectors exist in exciting juxtaposition with interesting trails of bolts, fraying ropes and hard-to-reach cables leading into areas of more
adventure. In rain it is possible to shelter in a rather well-appointed cave complete with deckchairs and mattresses.

The area is named for the Cova de Buda, which is a supposedly-sacred cavern containing a Buddha image said to have been etched by a Japanese hermit. The cave lies above the rocky peninsula known as Atlantis – an ancient quarry that bears some resemblance to the remains of a lost civilisation. Visitors can admire the Hindu-style carvings in the rocks and enjoy cliff-jumping into the cobalt blue waters.

Although isolated from the bulk of the island's climbing areas, Santa Eularia is home to an excellent little venue that makes a pleasant change from the wild and more rugged sea cliffs of the north coast. 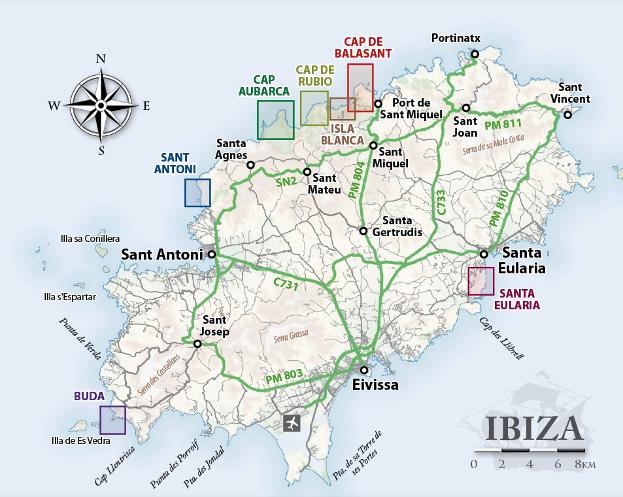 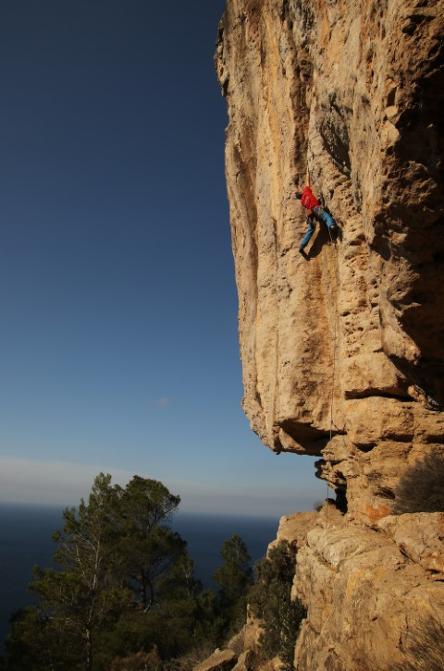 Fisura Ramon (F7a+) at Torre de Lluc - one of the biggest, best and most popular crags on Ibiza.